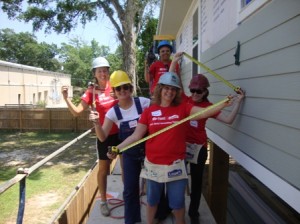 In the days leading up to Mother’s Day, construction crews of female volunteers will pound nails and raise walls at Habitat construction sites across the country in recognition of National Women Build Week, April 30 through May 8.

Thanks to everyone who participated and made the 2011 Women’s Build a success!